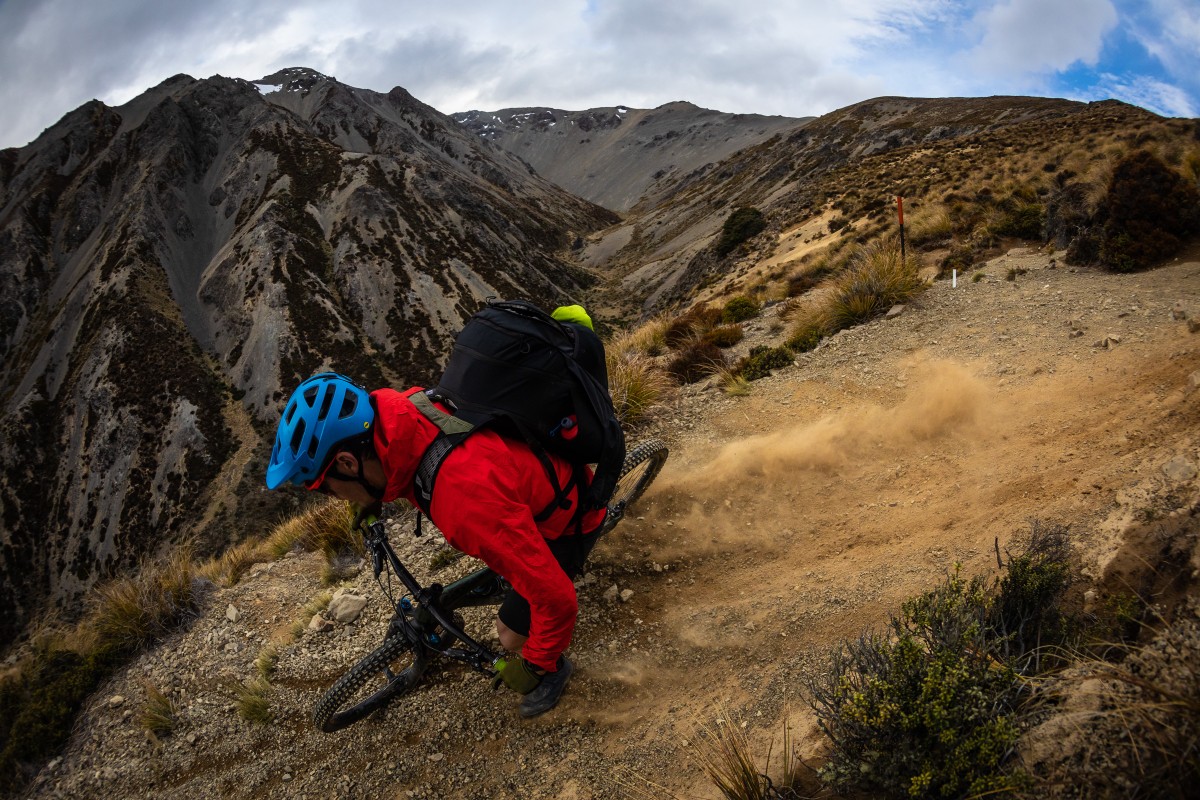 The St James Conservation Area is sandwiched between the bush clad ranges of Lewis Pass and the barren expanses of the Molesworth. The area has a storied history beginning prior to European settlement. Several Māori access and trading routes used to run through the upper reaches of the Waiau, linking the East and West coasts of the South Island. Following European settlement, the valleys of the area were converted into a number of high-country sheep and cattle stations, with the earliest recorded history of grazing around 1863. Gradually the smaller stations were amalgamated into a single pastoral lease of over 78,000 hectares, the St James Station. The last run (Stanley Vale) was incorporated by 1892.

In 2008 the St James Station was purchased by the NZ government for $40 million, to protect its natural values and secure public access to the area. The station continued to be grazed until 2010 when the last farm stock were removed. Further up into the Waiau Valley the remnants of the station are still obvious, with holding paddocks and farm buildings dotted about. These are still used in the biennial muster of wild horses which reside up the Ada tributary.

Following the purchase of the land, work was done to develop a cycleway through the Waiau as part of the NZ Cycle Trails initiative. This mostly entailed bringing the existing network of farm tracks up to standard, and the construction of a short linking trail down the mid-reaches of the Waiau Valley. Other trails in the area got a touch up at the same time. The cycleway has become popular over its short lifespan, helped in part by its central location in the top of the South Island. While the cycleway is the most recognised ride in the area, it is far from the only way through.

Craig and I had both ridden the cycleway before and wanted to see what else the St James had to offer. We also wanted to go and test out Biomaxa's product range, taking their chain lube and chamois cream as essentials on the trip. With that in mind we decided to check out the Stanley River route by coming in over Fowlers Pass, running a range over from the main valley. Coming in straight off the back of the Phoenix Enduro which had run in Christchurch, the shorter distance would also suit the tired legs from the previous few days of racing! Leaving a bit later than anticipated, we opted to drive up the road to the bottom of Fowler Pass. 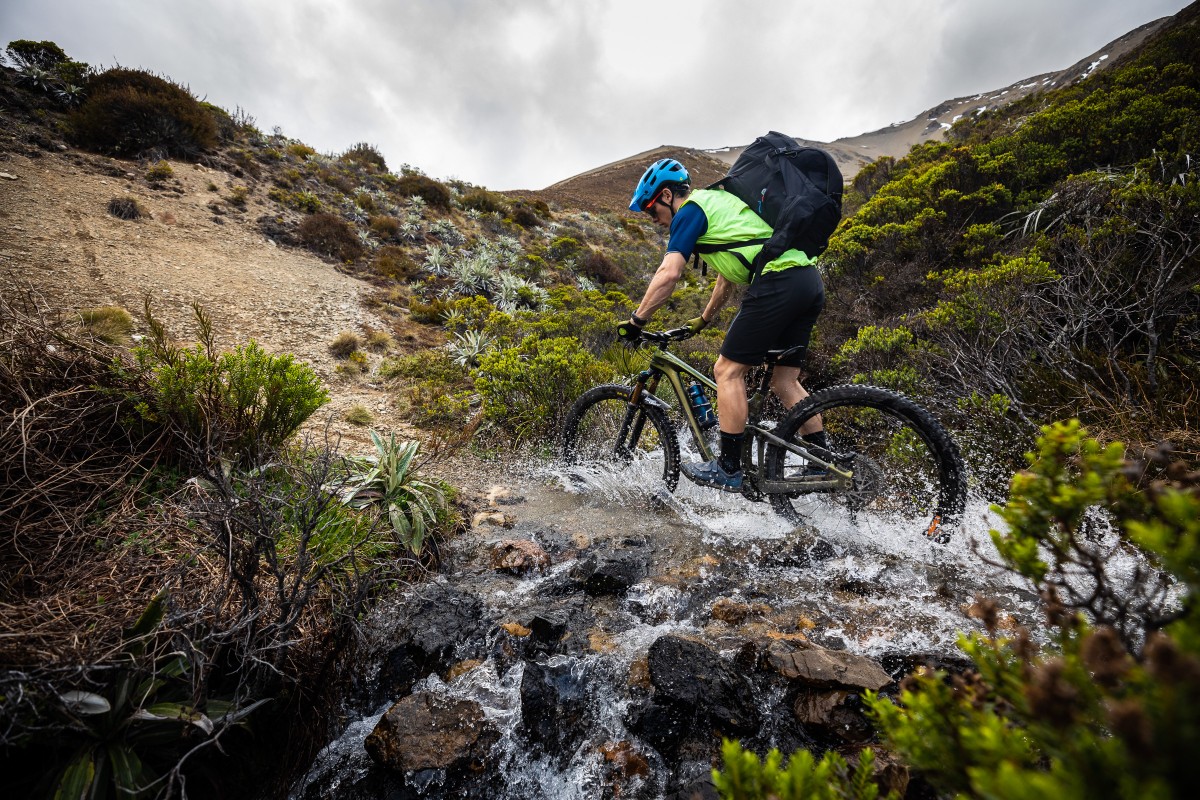 The climb up to Fowlers Pass was mostly a mellow affair, all rideable expect for a few steep pinches. From the road it probably took us around 30 minutes to top out at the pass itself. 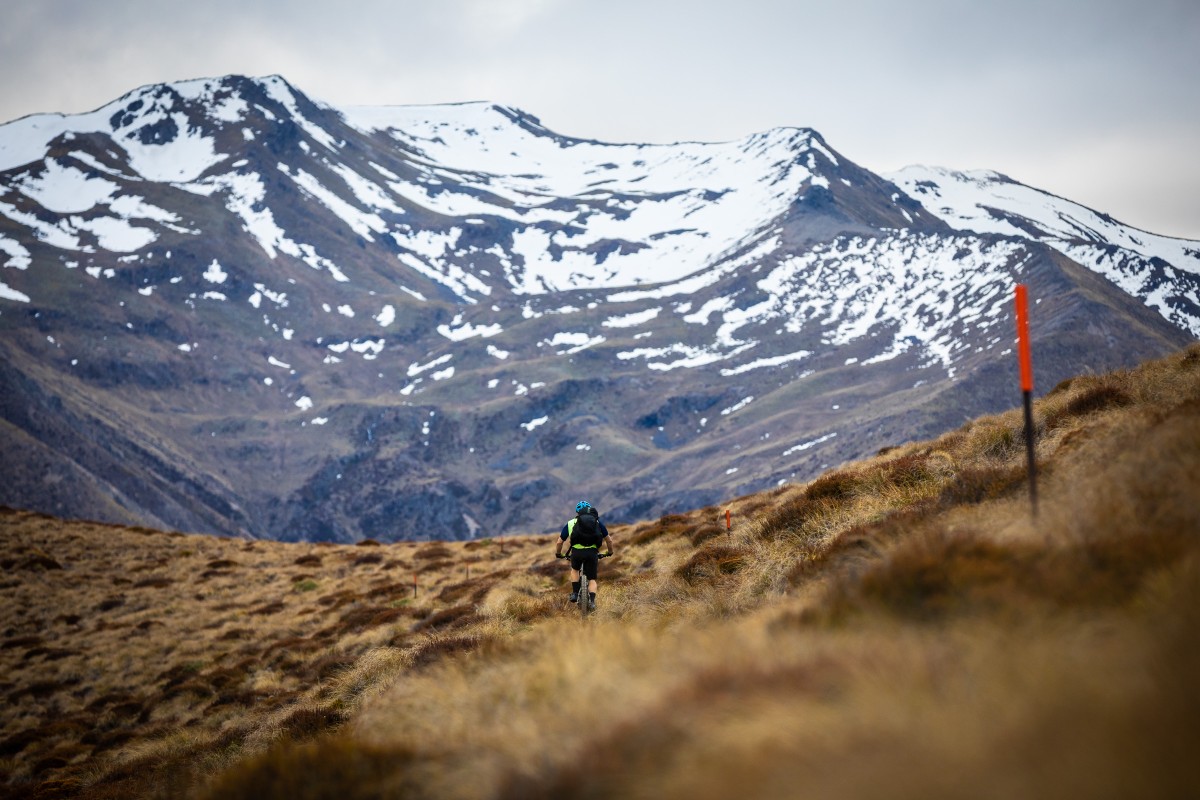 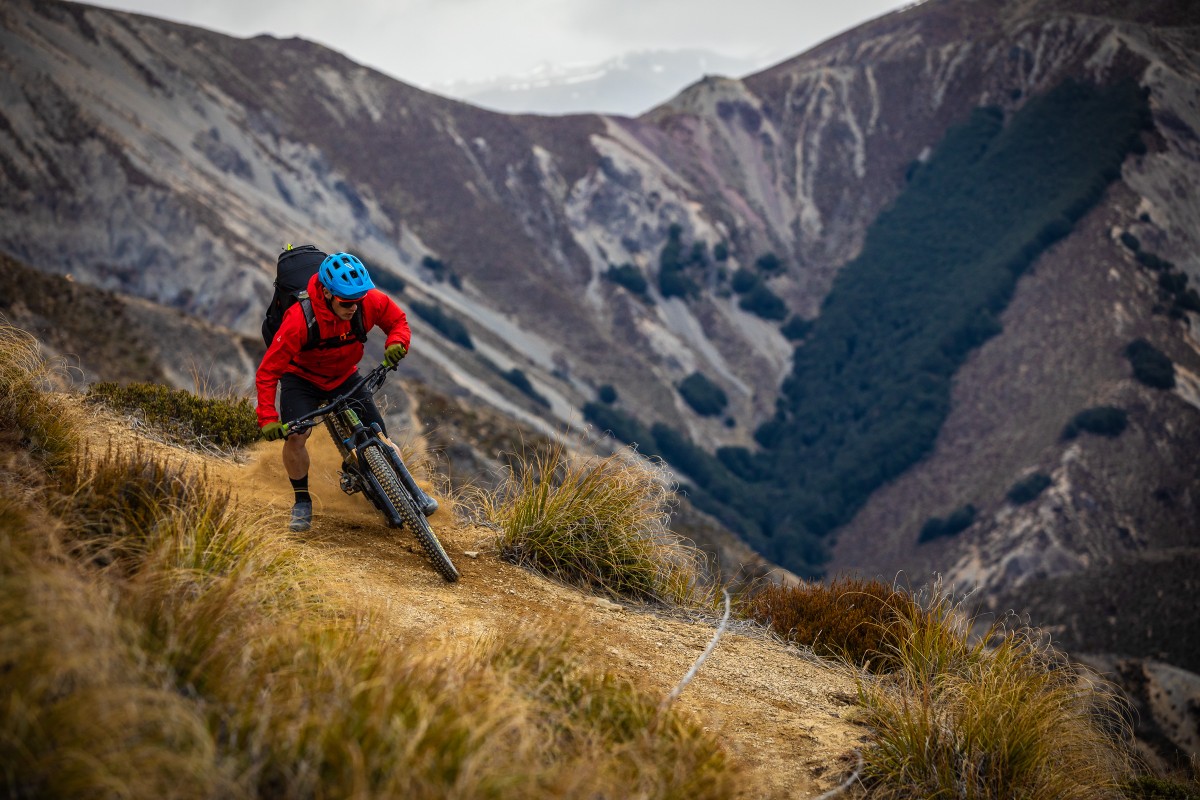 Once off the back of the pass, the trail opened up into a series of zig zags that descended to Smyth's Stream.

Once the trail has descended into the valley, it follows the river fairly closely, with more than its fair share of stream crossings. It's a neat track with exciting terrain in places. 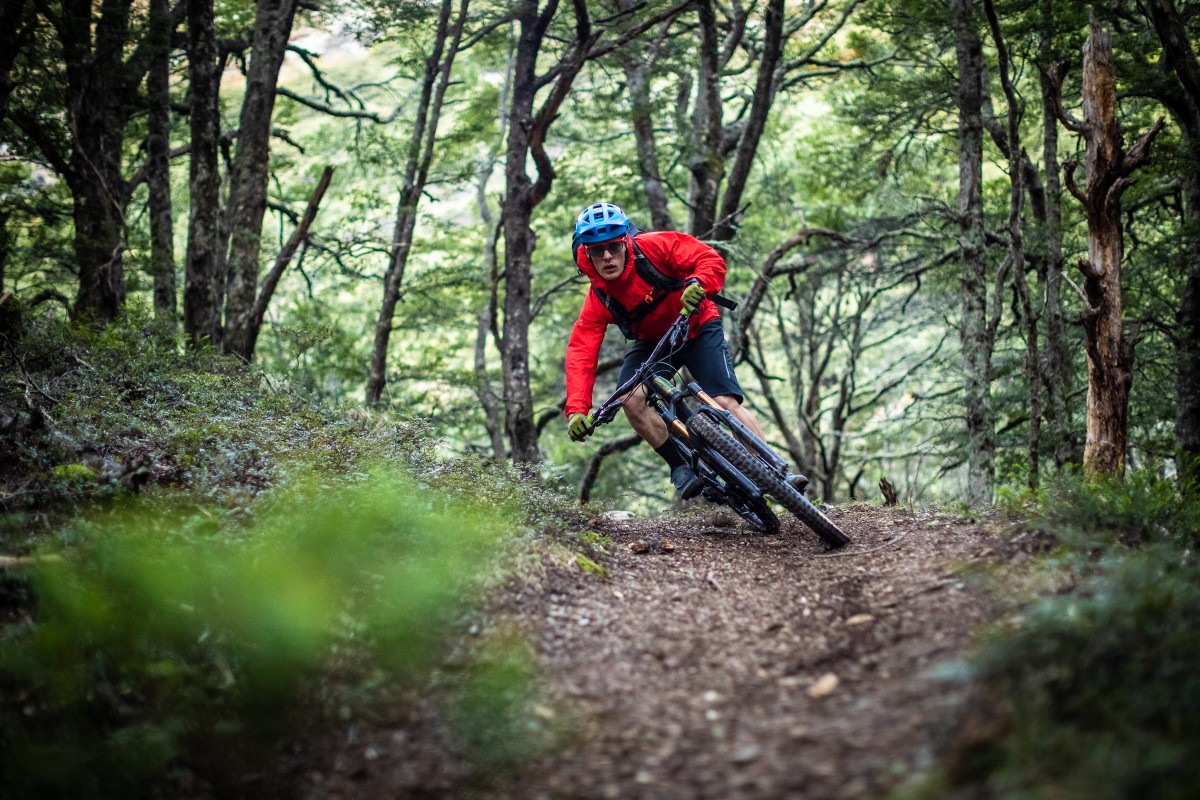 There are a few patches of native forest hanging on as you descend down the valley, which make a nice change from the scrub and rock. 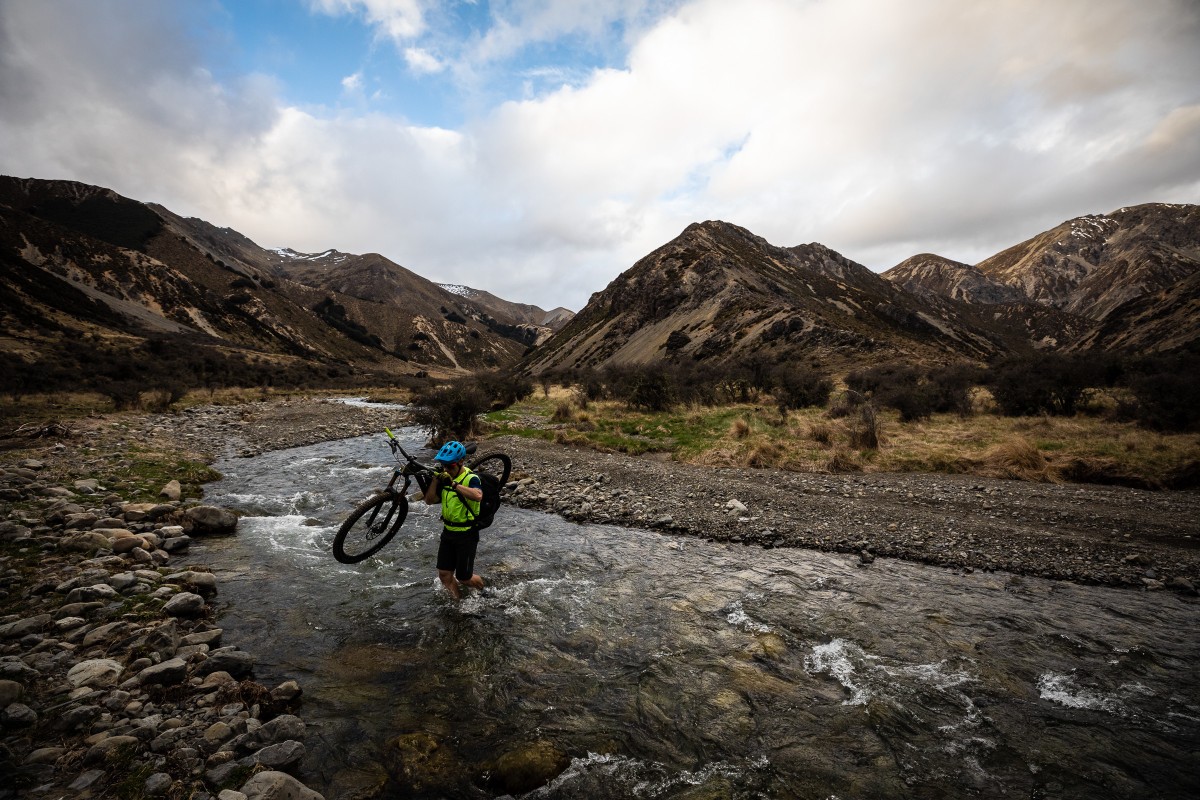 The final traverse out towards Stanley Vale is fairly straightforward riding in the dry, but can turn to mush in wet weather.

The descent down through Fowler Pass was awesome. Dropping elevation as we crossed Symths Stream repeatedly, there was enough unique terrain and interest to make the descent seem endless. After encountering some boggy areas just before exiting the upper reaches of the valley, Stanley Vale Hut appeared across the flats in front of us.

The Stanley Vale homestead was originally built around 1866. It was restored in 1988, and the Hanmer Springs Horse Riding Association now manage the maintenance and ongoing restoration of the hut. The character of the place has been well-maintained, at no expense to the comfort it provides! DOC’s website suggested that there were no mattresses at the hut, but walking inside we found a pile of mattresses at least doubling the number of bunks. A bit of a difference! I had opted to ditch the sleeping bag in favour of a mattress and a thermal liner, and regret soon set in. As I was to find out, thermal liners are not a substitute for a sleeping bag.

Opting to make the most of the weather we broke out the tins that Craig had carried in, cooked our dinner down by the river and sat around watching the clouds roll through until it was dark. 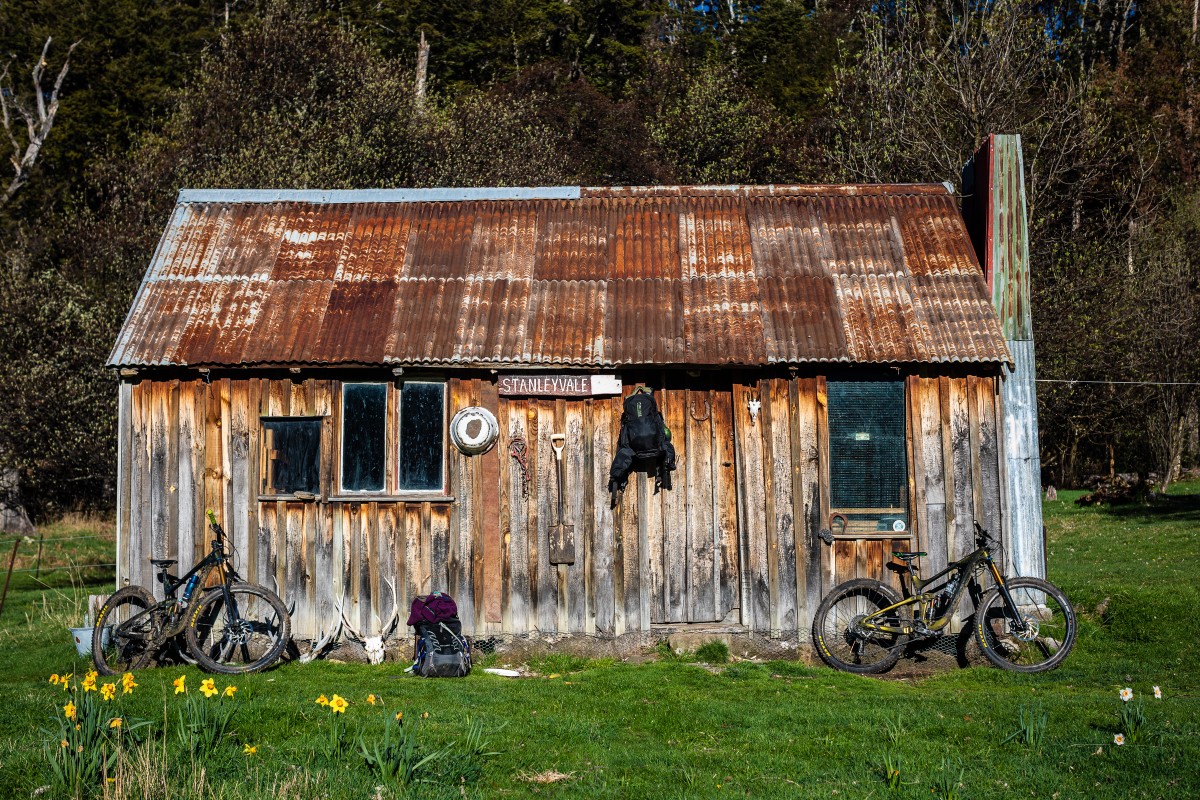 The Stanley Vale homestead was originally built around 1866, and you'd be forgiven for thinking it hasn't changed since. 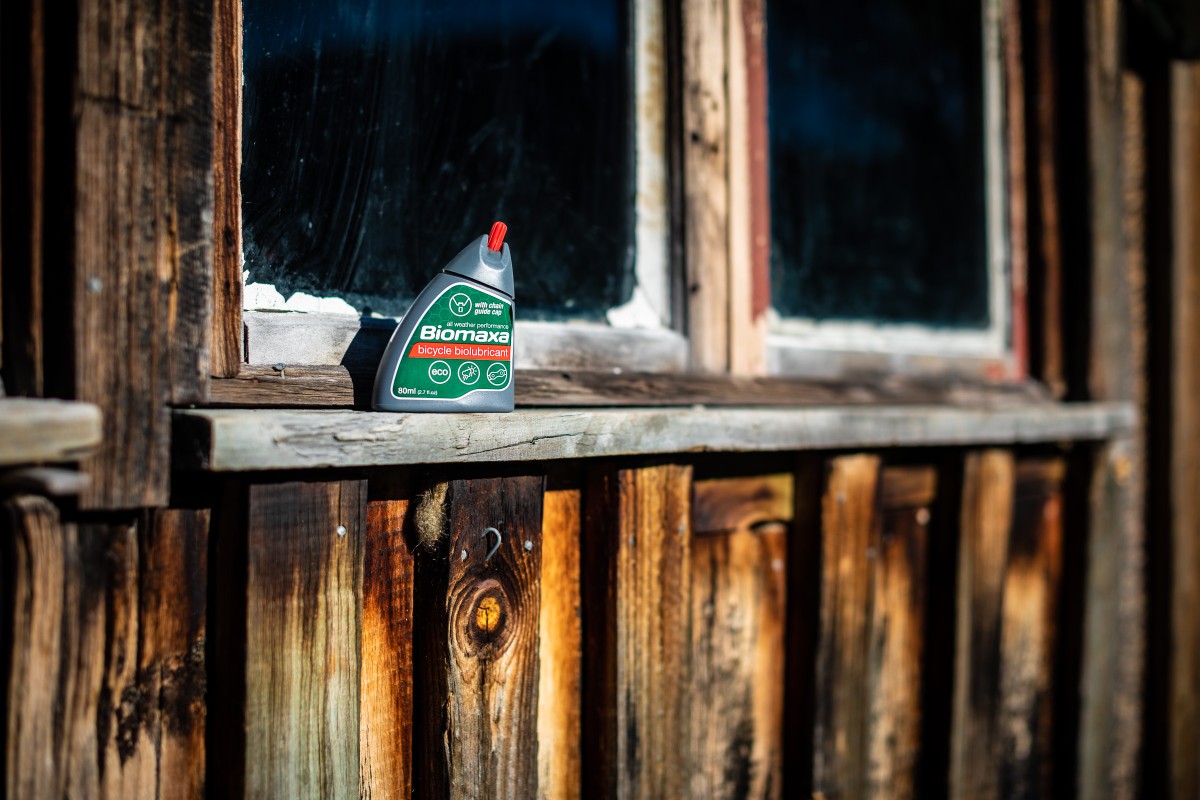 On a longer trip keeping the chain running smoothly is a priority. Derived from the wax in sheep's wool, Biomaxa was the natural choice for traversing an old sheep station.

Waking up the next morning it was pretty clear that the day was going to be roasting, with not a cloud in the sky and a gentle warm breeze blowing down valley. We enjoyed a lazy start at the hut after a rough night of sleep, before packing our gear up and setting off. We didn’t know what to expect down the Stanley River and were anticipating slow going at best. Our worries were allayed by a pair we met who had just walked up the valley and declared it fit for a horse. Once we started riding, we realised just how lucky we were as travel was surprisingly easy. In most parts the track was nearly 4WD, with only some isolated sections where the track had been washed out or narrowed into the bush. 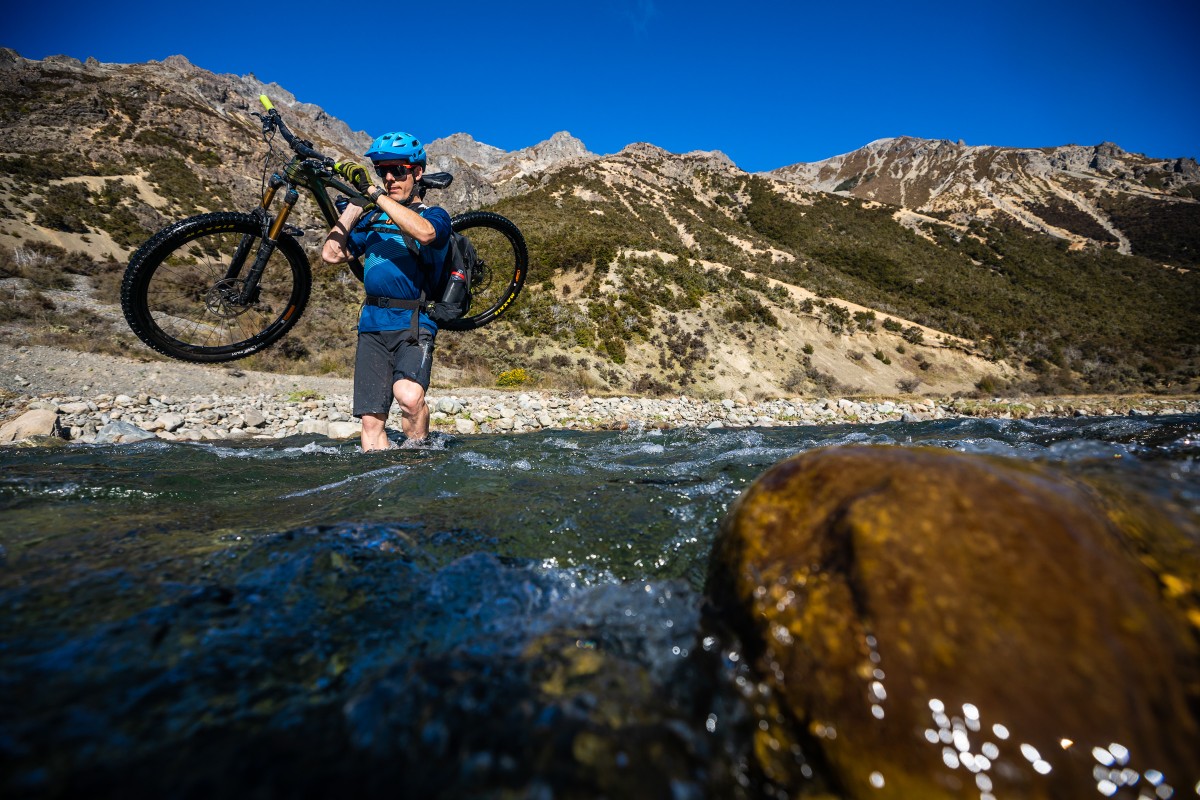 The numerous river crossings were pleasantly welcome given the soaring temperatures. 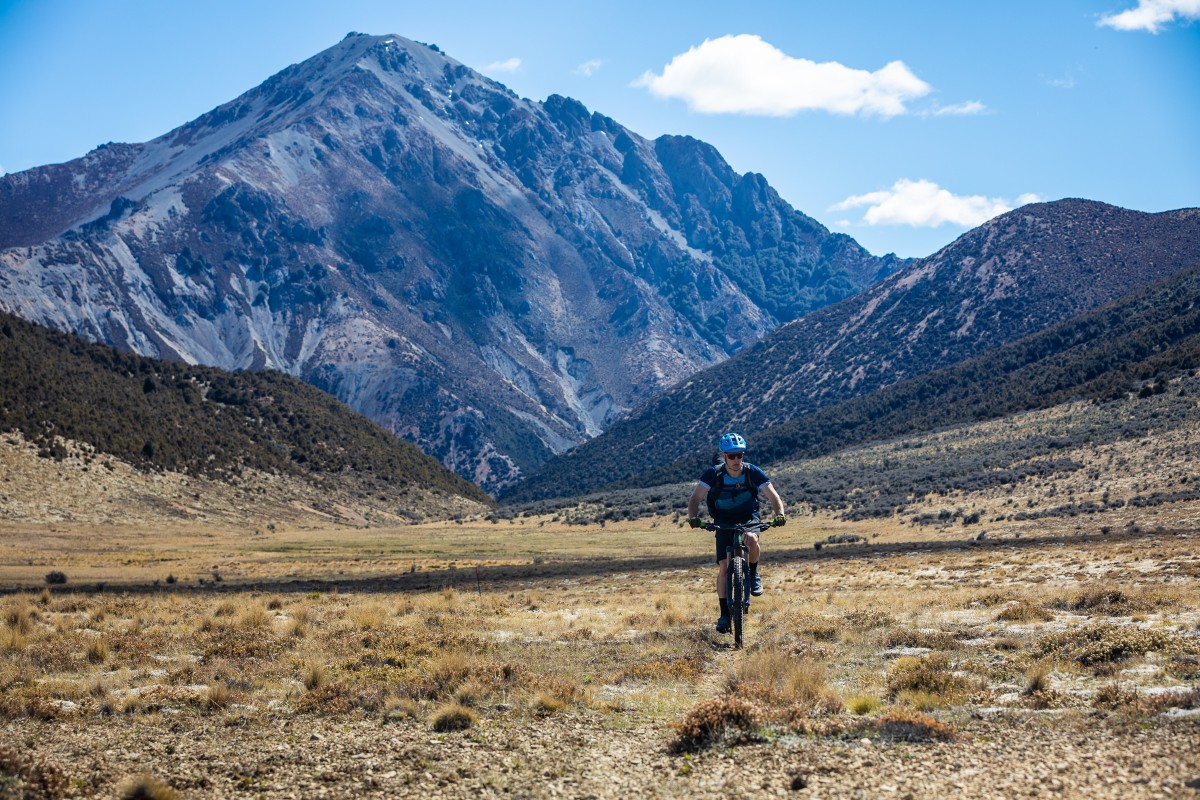 The sun seemed to step up in intensity as we crossed 'the racecourse' as marked on topo maps. I'd love to hear if anyone knows the story behind this name.

The weather had delivered on what it was threatening in the morning and the temperature was soaring, accentuated by the lack of forest cover. By lunchtime we had made it to the end of the Stanley River Valley and began our ascent up to the racecourse. This was the roughest part of the route, pushing uphill through overgrown Matagouri while the sun beat down from above, with very little water.

Arriving at the foot of the racecourse we were pretty hot. The traverse across the plateau was relatively easy going, but at the southern end we decided to follow a marked running course (which appeared to follow the original alignment of the track) rather than the marked DOC track. This beat its way up a dry gully for another 200m of elevation, before traversing a stunning set of ridges which then dropped into the Charlies Saddle making for an epic descent.

Now back on the St James cycleway we stopped in at the river near Scotties hut to hydrate and cool down. The sun didn’t let up as we travelled up the valley and by the time we got over Edwards Pass we were worked. The last 20km back to the car were hard work but unbelievably we had a tailwind to help us back up the valley, very uncharacteristic for the valley wind which usually blows down river. 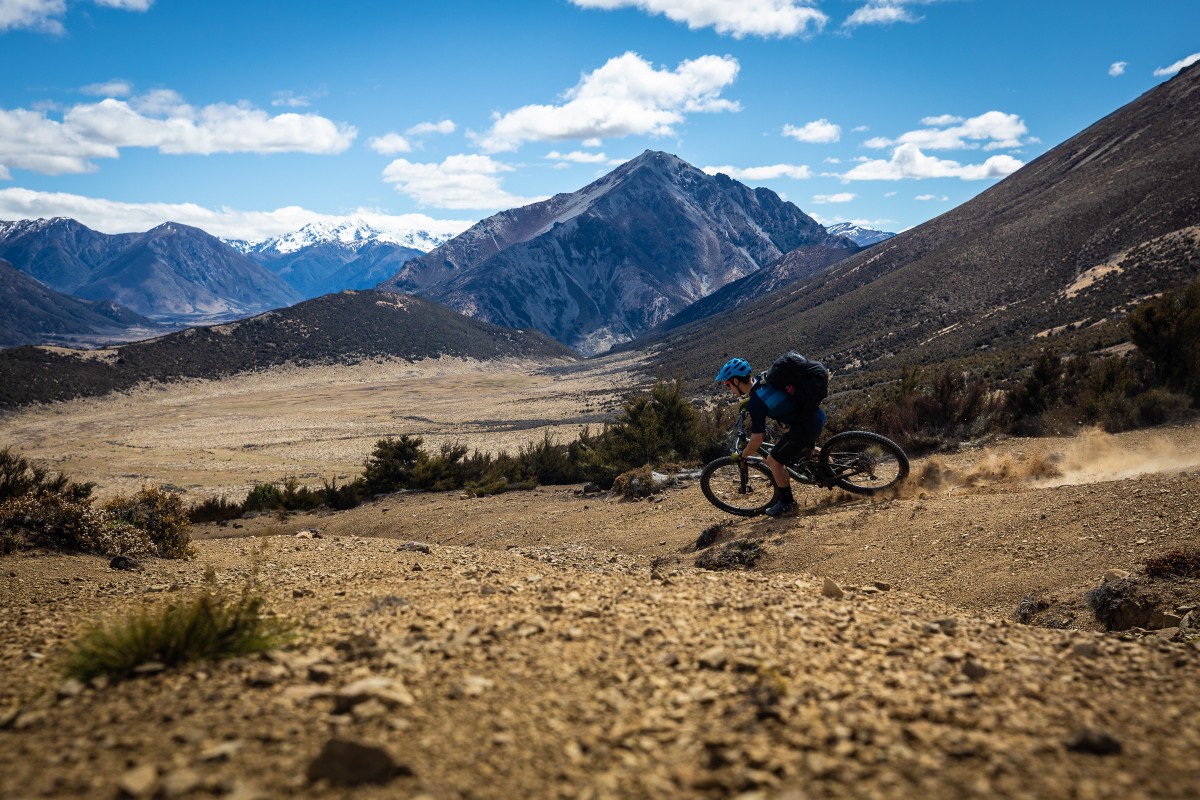 Climbing up what resembled a luge track, Craig couldn't help himself put a few turns in. 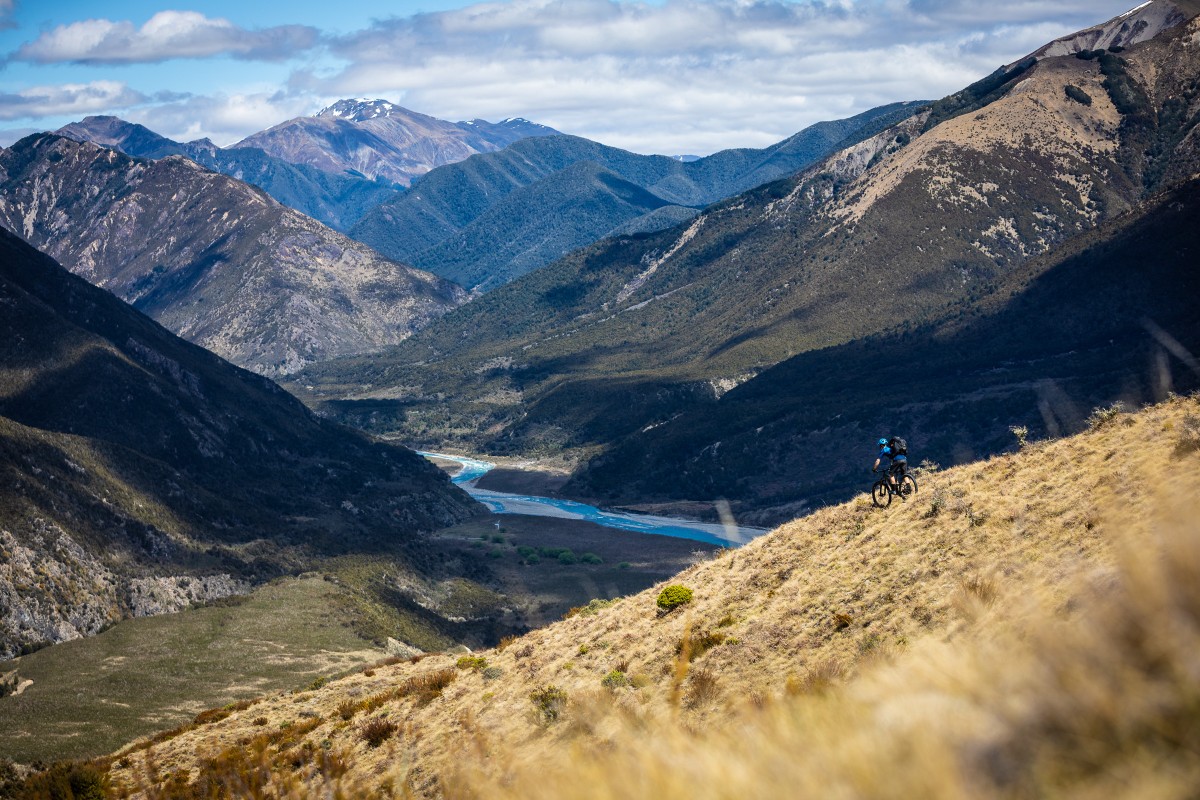 Descending back towards the main St James with the Waiau Uwha in the background. 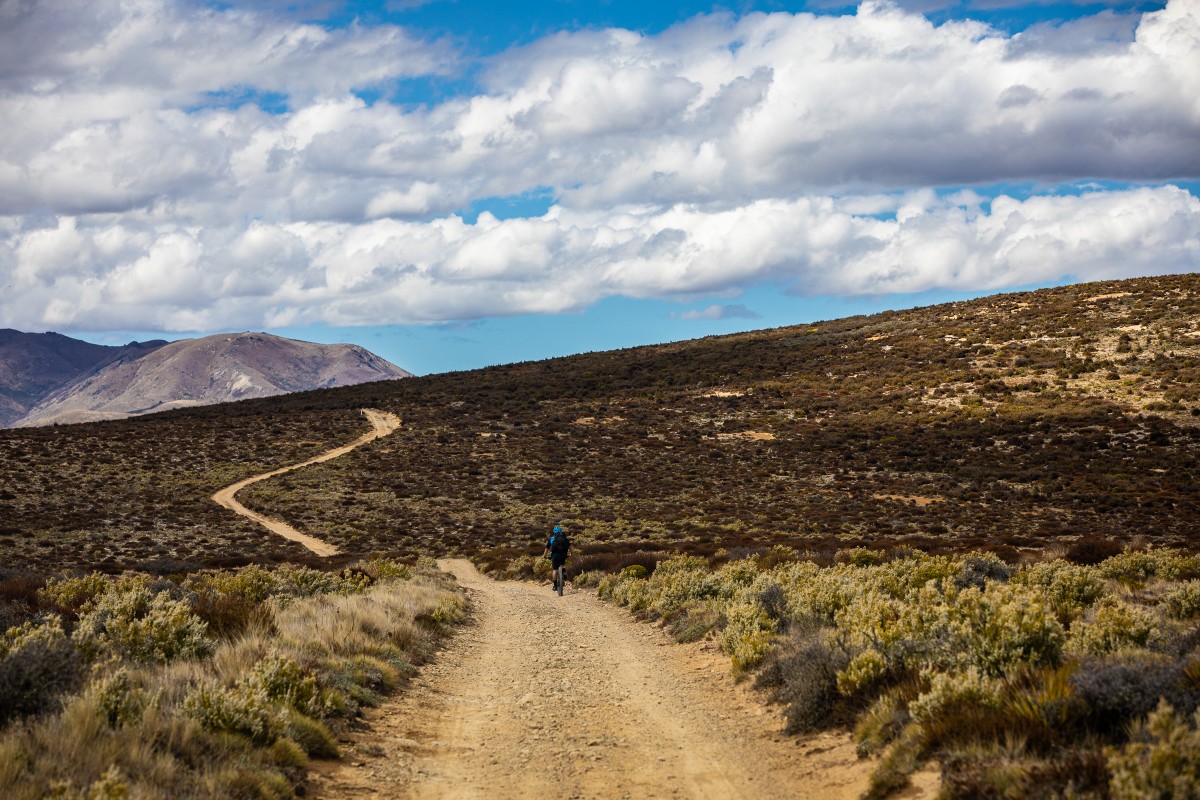 Out via Edwards Pass and back up the road to the car. Stunning landscape when it's cooler but by this point we just wanted shade.

Back at the car we were hanging out for a pie from the local bakery. Halfway back we remembered that it was a public holiday, and upon arrival our worst fears were confirmed as they had closed early for the day. The Four Square was still open and we made do with a chocolate milk and a bag of chips instead.

We weren't quite done with riding for the day as there was a trail I had wanted to check out since it had opened back in 2020. Tombstone climbs up to a high point above the rest of the Hanmer trail network, before descending back to the valley floor through an awesome trail. Anecdotally there are plans to keep developing the trail network further up into the hills behind Hanmer, so watch this space!

Biomaxa's bike wash made it easy to get the sparkle back into the paint jobs on our Reigns. The plant-based degreaser is a real winner too and does an awesome job lifting grime off. 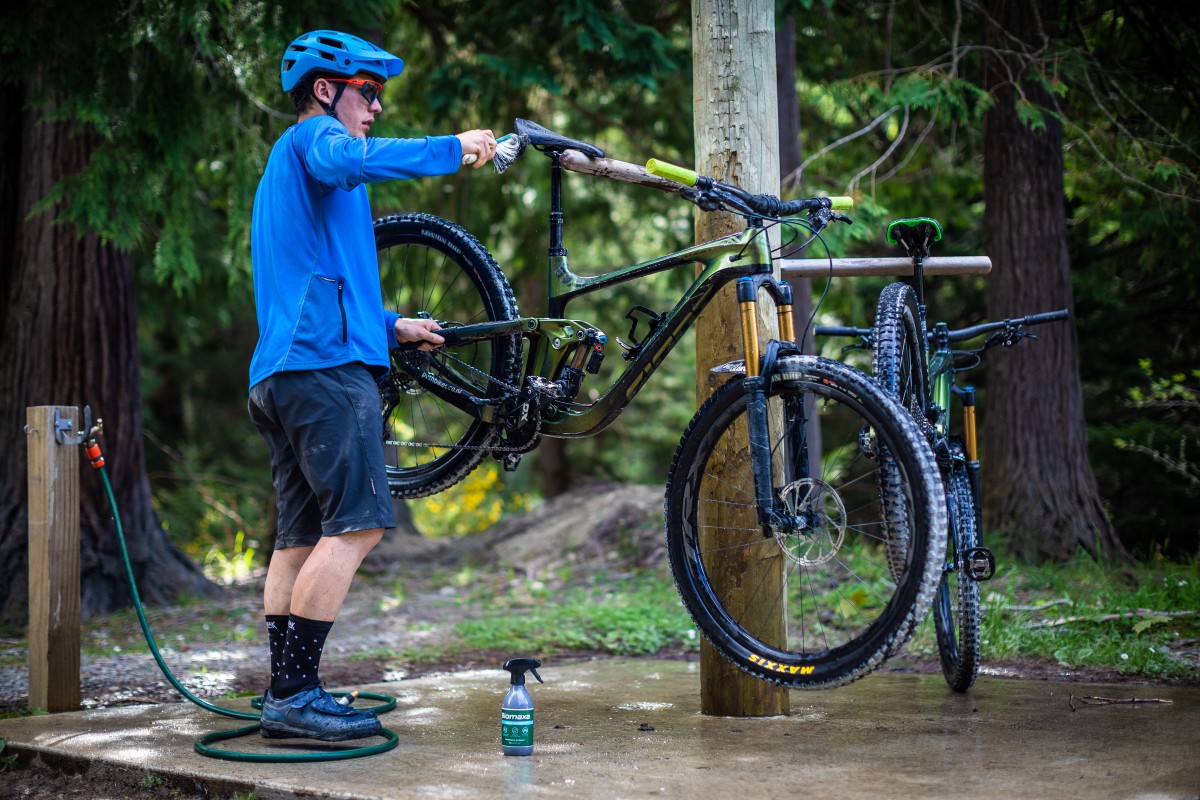 After giving the bikes a wash thanks to Hanmer Springs new bike wash station, we were off. 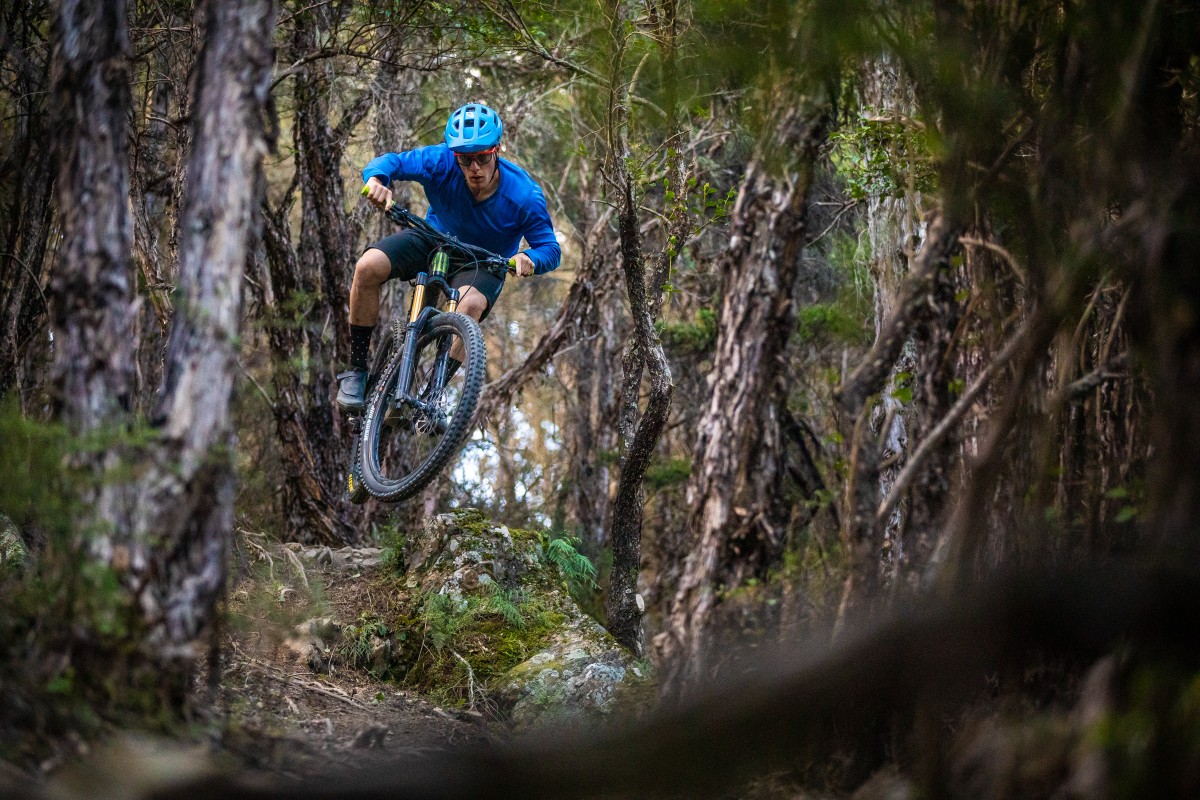 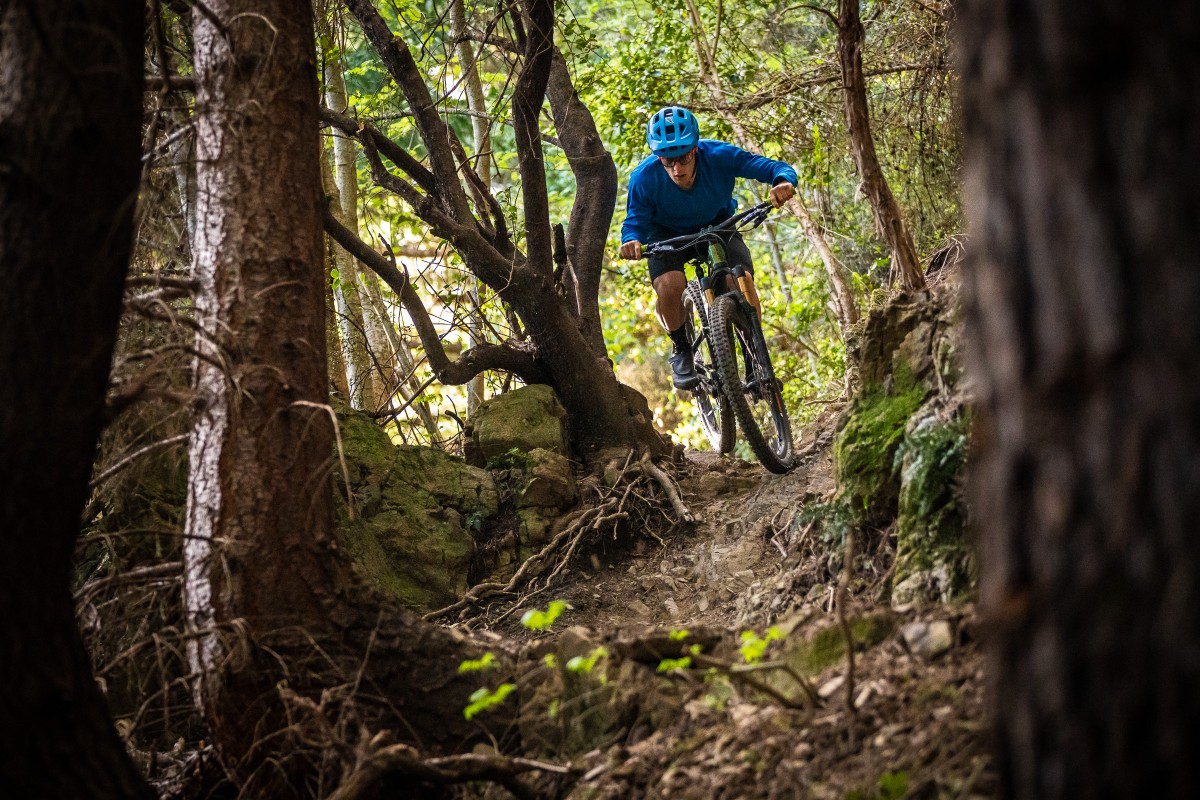 Tombstone starts by traversing along a ridge with a fun few straights, before dropping into a (seemingly) never-ending series of switchbacks.

After arriving back at the car, it was back to the Four Square for another choccy milk before heading back to Craig's for a spot of dinner. What a way to wrap up a great weekend!

Thanks to Biomaxa for providing their products for us to showcase, they were an essential addition to our packs.

And if you want to learn a little more about the St James then check out DOC's website here: St James Conservation Area